WHAT'S NEW IN THIS EXPANSION?

The Stunts and Allies expansion to The Zorro™ Dice Game is still in development, but this is what we're planning on:

A TASTE OF SOME UPGRADES 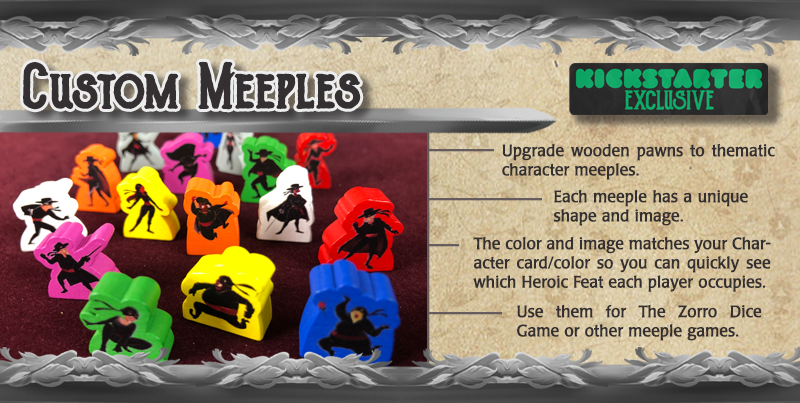 We are doing some follower goals for this campaign where additional cards will be unlocked based on Kickstarter followers and email subscribers. Everyone who ends up backing the campaign for a copy of the expansion will get the cards we unlock here for free as a mini expansion that will be exculsive to backers for a limited time. NOTE: We might swap some of the names listed here between this mini expansion and the regular expansion. 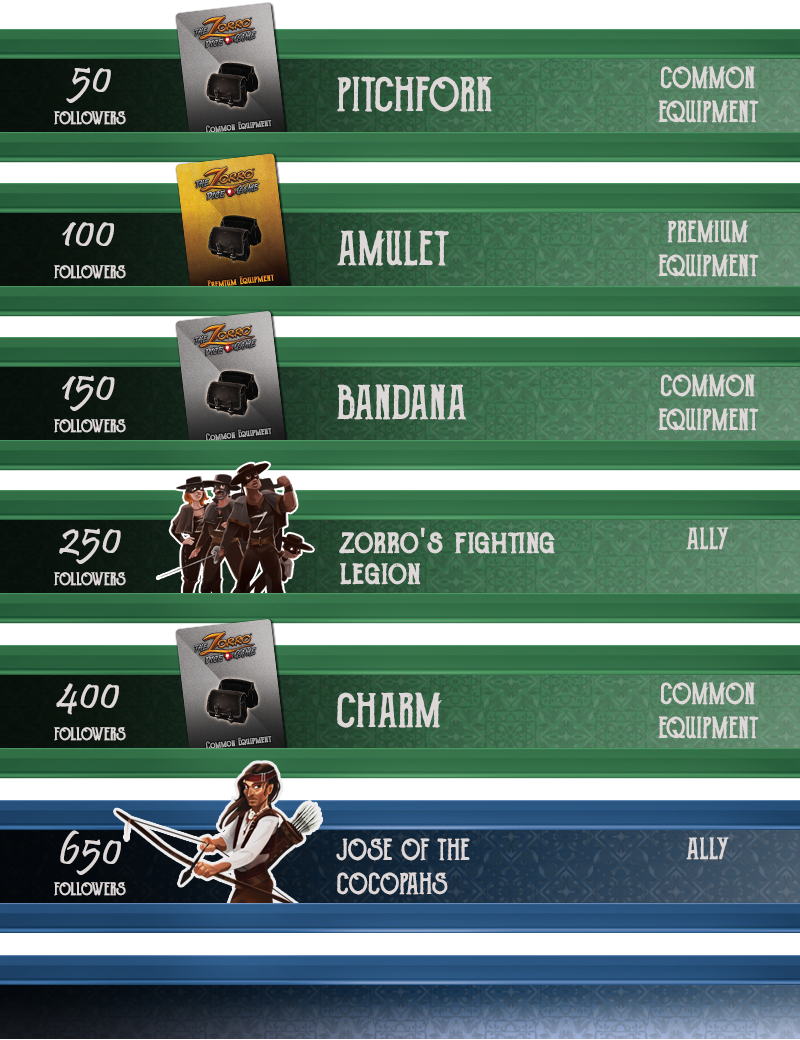 ZORRO™ is a registered trademark of ZORRO PRODUCTIONS, INC., ALL RIGHTS RESERVED.